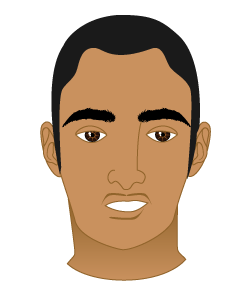 You love your kids, so why would you litter? About a year ago, I started thinking more seriously about protecting our beautiful world, and I started making some serious changes. Within a few short weeks, I was able to completely overhaul my daily usage, and it was interesting to see how much of a difference it made in my personal life. Before I knew it, I was saving money, living a better life, and really enjoying the things around me. This blog is here to help other people to make their world a better place one day at a time. Check it out.

If you've decided to invest in solar panels, you may not realize the myriad of choices that are out there. Solar panels come in different shapes and sizes, and they vary in efficiency, cost, life expectancy, and how well they perform in certain climates. Technology is ever changing, but understanding how the different types work will help you narrow down the best choice of solar panel for your home.

Monocrystalline PV panels are considered the purest of all solar panels. But when it comes to photovoltaics, the word "pure" differs from the traditional definition. When solar panels are dubbed as being pure, this means the silicon molecules are aligned perfectly, making them work more efficiently. Therefore, it will be easier for them to convert sunlight into energy.

So what are some of the advantages of monocrystalline panels? Due to their high purity, they tend to be the most efficient. They also take up less space than their counterparts, have a higher performance in the shade, and outlive other types.

The cells are cut out of cylinders and then made into silicon wafers. But when the panels are made, they have to go through a fairly extensive process in order to make them pure, driving up the costs of the panels—the biggest disadvantage of monocrystalline panels. The manufacturing process also results in a lot of waste, which additionally contributes to the higher cost.

Polycrystalline panels are also made of silicon, but the process used to make them is much cheaper. Silicon is poured into a mold after it's been melted. Once the cooling process is complete, the silicon is cut into square wafers and made into panels.

The big disadvantage of polycrystalline panels is that they tend to work less efficiently than their monocrystalline counterparts, so you may need more panels to get the same energy output. They also don't work as well as mono panels in higher temperatures, seemingly making them a less ideal choice in hot climates. But the reduction in efficiency isn't usually significant enough to rule them out.

Thin film solar panels use several different types of photovoltaic elements, such as amorphous silicon, cadmium telluride, or copper indium gallium selenide. Sometimes, other materials are used, but those three are the primary types.

One advantage of thin film panels is that they perform better in higher temps than the crystalline panels. Some of them are also flexible, making them a great choice for locations on bent or curved surfaces. And lastly, their efficiency doesn't seem to be reduced in the shade as much as other solar panels.

Thin film panels have an attractive, uniform appearance, and they're easy to manufacture, making them the cheapest option so far. But they're not without their faults.

Their efficiency can be lower than some of the crystalline panels, depending on the type you get. So you'll need more panels installed to get the desired energy output. And more panels translates to an increase in installation costs.

Thin film solar panels don't have the longevity that crystalline panels do, so they won't last as long. And the warranties typically reflect this decrease in life expectancy.

Because more panels are typically needed, thin film cells tend to be a better choice for businesses that have ample space, as opposed to homeowners.

It's important to note that the cost of silicon has been steadily declining, making the crystalline panels a more affordable option for many homeowners.